In my previous article I had mentioned how I setup a Samba based file server using my Raspberry PI to share media across my computers in my home network. It works fine, but still it’s not really streaming the media and I figured out that I still couldn’t use my media via the XBox because XBox doesn’t work with Network shares unless they are over UPnP. So the next quest was to setup a UPnP server on my Pi.

Turned out to be really easy thanks to MiniDLNA. This article has all the steps if you need Samba+Transmission (Torrent Client)+OpenDNS.

Setting up MiniDLNA Only

I already had Samba installed so I skipped that step and just installed MiniDLNA. Also I didn’t need it over the web, so I didn’t need Transmission or the Torrent Client, most of my media are training videos that I download from their respective sites. I setup MiniDLNA only and used nano as my editor (yeah, still no good with VI)

While updating the minidlna.conf file you have the option of specifying Video/Music/Pictures folders. I already had my media split up in those categories so I used those configurations.

Give it a friendly name to identify over the network

Hit Ctrl+X and say Yes when asked if you want to save the changes. This will get you out of Nano. Now restart the service

Once you are done reloading, give it about 5 minutes, yeah, walk away from your terminal.

After MiniDLNA is done scanning the folders are you good to go.

If you have connected to a ‘Private’ network, Windows will automatically look for Media servers and you should see the Name you gave above (MediaPi) in my case: 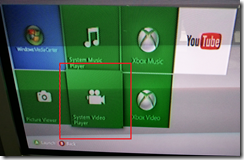 Well iOS doesn’t recognize UPnP and DLNA devices out of the box. But fear not, there is an ‘app for that’. Yeah, cliché I know. Most app players cost a bit of money, but I found ‘Fresh Player’ to be a usable application. Interestingly I can’t connect to the MediaPi at the moment with it, so it may not be the most ‘reliable’. I’ll update once I find a decent player.

Well, that’s a wrap for the day! Things you can do with this tiny $35 computer is simply amazing! The fun continues!